If I were standing in between a witty person and a cat licking itself, and the witty person began to talk about health an fitness then the odds that I would immediately redirect my attention to the cat licking itself are great. The very mention of the topic itself has the ability to send me into a fit of locked-in syndrome, leaving me with my only method of communication through the blinking of my left eyeball. Health is boring, and fitness is even more boring, and so for many years I have simply abstained from such boring activities.

So, I think it was sometime in April when my husband and I were driving home and I kind of casually mentioned that I had started the Couch to 5K program.

"And I'm doing it in the hills, with the double stroller and that way I'll be super duper buff by the time I'm done! You should do it too, because I think we need to get into shape, you know, for the children. It's really cool, I even downloaded the app. Did you know that there's an app for that? Yeah, me neither. Get this, a voice actually tells you when to run. I mean, that's like some next generation type of shit right there..."

By the time I stopped talking, my husband had fallen into a state of Locked-in Syndrome and was blinking his left eye at a cat licking itself outside. I delivered a hardy "fuck you" sigh and promptly dropped the subject.

Two days later I woke up to an empty bed, for a moment I wondered if I'd even had a husband at all and had simply been living in a schizophrenic state for the past three years, but then the bedroom door flew open and in the doorway stood my husband dressed in socks rolled up to his knees, basketball shorts, a tee shirt with the sleeves cut off, wrap around sunglasses and a bandanna with bright red and orange flames up the side. "C25K, week 1, day 1. COMPLETED, FOOL!" I threw the comforter back over my head and muttered something to the effect of "I really hope you don't expect me to wash and fold that tee shirt now that you've cut the sleeves off of it, jerkface."

That weekend we headed to the outlets to by some new running shoes. In my mind we wouldn't be able to run effectively if we didn't spend money on our new endeavor. "I read an article that says you absolutely HAVE to take care of your feet if you want to run. You MUST take care of your feet! I think I want mine in pink." The husband nodded his head next to me "Yeah, feet... I'll get mine in red!" Hours later we were leaving the mall, each with a brand new snazzy pair of running shoes. I. Was. Ready.

Exactly three days later I was wishing I could deliver the inventor of the Couch to 5k program a gigantic kick to the nuts.

I remember the precise moment when I gave up for the first time. I was standing at the bottom of a seemingly endless hill, with that fucking double stroller, wondering why I was even bothering with this shit. My two year old was screaming at the top of her lungs, it was 95 degrees outside and I was seriously contemplating running up a steep ass hill. Let me tell you, the mind has the distinct ability to work for you or against you, and mine was definitely working against me that day. But I did live to run another day... and quit another day as well. As a matter of fact, I've probably been convinced by my overactive mind to quit my running venture half a dozen times at this point.  A few days will go by, and then it's as if I'll suddenly come to and think to myself "why did I quite running again?" and I'll lace up my shoes and begin cursing life all over again.


At this point in time I'm still running, and despite all of my failures, I'm very close to being able to complete a 5k run without wanting to vomit. I've abandoned that fucking C25K app because it just wasn't working for me. I don't take well to being told what to do by a machine and on multiple occasions have seriously contemplated feeding my Ipod to a mountain lion. Additionally, I do not think the Couch to 5K app is celebratory enough. I just ran for 8 minutes straight, I want some goddamn balloons or something at the end of my run. Instead it simply asks me if I want to post my workout on my Twitter account as if I actually have any followers who would give a shit. I no longer run the hills because, hello dumb idea, meet HILLS. Now I run at our local stadium (a little known place called The Rose Bowl), which is substantially more gentle on my mental state. Sigh. Meanwhile, Mr. Overachiever has already completed his 5k program and is now attempting to work his way up to a 10k. I hope he stubs a toe.

I'm still not convinced on the running thing. Truth be told, it's hard. It takes everything out of me, mentally and physically. Some days I want to quit forever. But then again, on occasion, I walk away from a run really proud of myself, or thanking the stars that I just got a good workout in so I can go out to eat or have a drink without fretting too much about my sedentary state. I'm not great at it, but I'm beginning to see that the benefits of running might just outweigh the suckiness of it all. 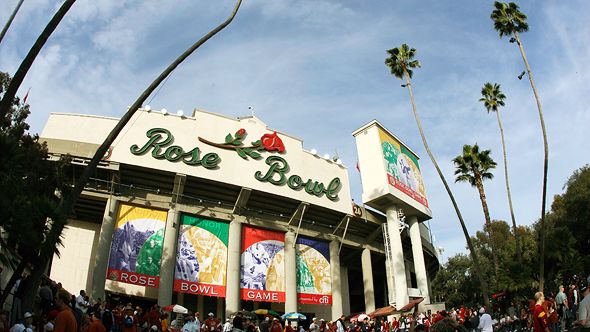