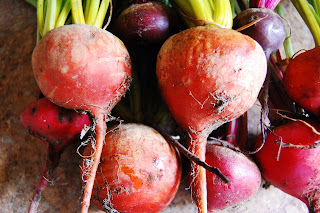 If you are not a beet person then you need to get on that. Beets have become one of the most hyped up vegetables in the food world over the past few years and you can find them on nearly every decent menu these days. Not for nothing, of course. when prepared correctly, beets are damn good and ridiculously versatile. So eat your beets. Anything else would insinuate that you hate America. The end. 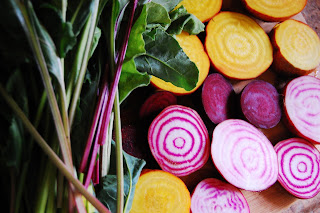 I started growing beets last summer when we moved into our house and I decided to dig up half the yard to take up gardening. I guess you could say that it was one of the first things I planted. Really, I didn't know what the hell would grown in my yard so I just bought the prettiest packets of seeds. Beets were it. They grew beautifully. This year I decided to grow them again. 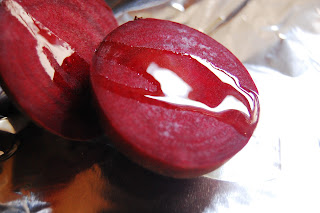 The best thing about beets, much like wild unicorns and baby seals, is that you can use every part. Nothing goes to waste. I will typically trim and scrub the beetroot, drizzle them with oil, wrap them in tin foil and roast them at 350 degrees for 30 minutes. The skin should slide right off once they cool. You could make a suit (I'm not the weirdo for saying it, you're the weirdo for considering it). 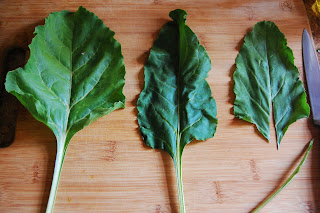 The leafs can also be trimmed, much like you would chard or kale. I then roll up the leafs and cut them into strips. Beet greens are freaking awesome. I don't mean that they are awesome in a "Rawr, rawr, rawr. I EAT GREENS CAUSE POPEYE SAID I SHOULD!" kind of a way. They actually taste better than any other green I've ever had. Also they don't cook down to nothing like most greens, so you aren't left with a soggy pile of wimpy greens when it comes time for dinner. 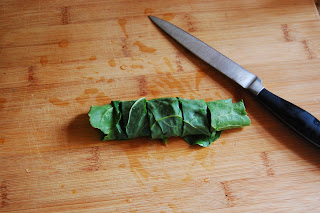 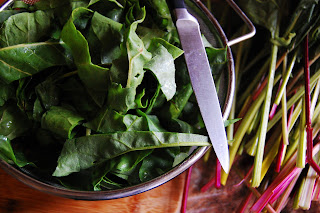 Saute those suckers with a little garlic and oil. Add a pinch of salt and a splash of apple cider vinegar and you're donzo! I will toss mine in a Ziplock bag to save for later in the week when my husband isn't working. This awesomeness must be shared. 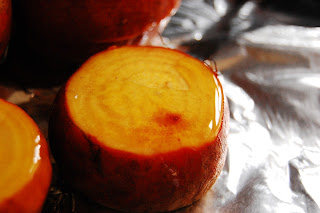 Back to the beets. I put mine up because why the fuck not. I'm not as skilled at canning as I should be so this first round of beets went right to jar. I will let you know how they turned out in 3-7 days when the pickling process is complete. 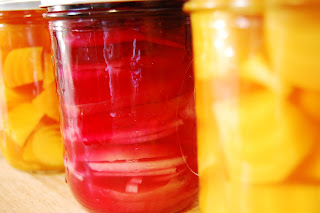 The trimmings and stems all went to compost, and that, my friends, is how real food is made! Mrs. Roffman, OUT!

Email ThisBlogThis!Share to TwitterShare to FacebookShare to Pinterest
Labels: How to Cook, In The Garden